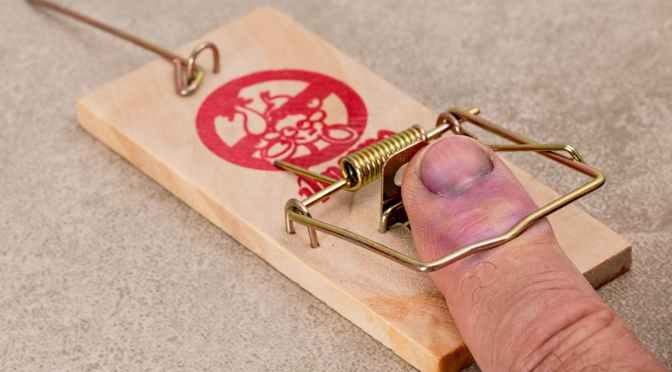 Every State has different definitions and Laws, but in general entrapment is a practice whereby a law enforcement agent induces a person to commit a criminal offense that the person would have otherwise been unlikely or unwilling to commit.

A simple example. I put an unlocked bike on a street corner and watch it waiting for someone to steal it. That’s not entrapment. If I point it out to you and say “hey I’ll give you $200 if you swipe that bike over there.” then I arrest you when you take it…that’s entrapment.

Speed Traps are not entrapment. Unless I pull a Dukes of Hazzards (dating myself there) and put up a speed limit sign that flips from 70 MPH to 30 MPH at the push of a button.

Entrapment is associated with the common idea that an undercover cop has to identity him or herself as a LEO if asked, otherwise they are entrapping you. That’s simply not the case. Entrapment does NOT mean that you were duped into getting caught committing a crime you intended/wanted to commit . Entrapment means that the police persuaded or coerced you to commit a crime you had no intention of committing before they approached you.

If you intended to buy the drugs or exchange sex for money when you walked in you are not being entrapped. You just didn’t intend to get caught. And you have no Constitutional right to not get caught. What the police did was provide you with the “opportunity” to buy (or sell) sex or drugs, they did not to force you or convince you to do so. 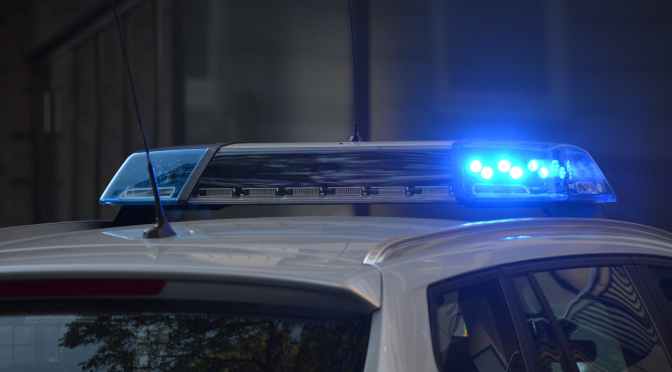 Well. After a little hiatus I’ve decided to start writing again. We will see how long it lasts. One of the last drafts I typed was over two years ago and you can read it below. Sadly, much of what I was trying to express in 2016 is still in play in early 2019.
Alright. This may be long and I don’t know if anyone is going to bother reading it but here it goes.
This week marks the 16th anniversary of the day I was sworn in as a police officer. I managed to work one year before the world changed in 2001 and almost 14 years before the shooting in Ferguson started the social/political/media narrative my profession currently finds itself in.
In that time I’ve seen many things, experienced many things, done many things, and have at least a small amount of insight into the LE side of the current “conversation”, if you can call it that. Unfortunately the media, the public (influenced by media) and the politicians seem to be the dominant voices.
First off, let me say unequivocally that there are “bad cops” out there and sometimes there are just inept cops…or what I call “delivering the mail” cops. There are poorly trained cops and there are cops that don’t take their training seriously. Anyone who has ever been in the military has seen the spectrum of “soldiers” that serve…anyone who has ever worked with any large group of people knows that no profession is immune from the “screw-ups”.
BUT. This whole “they”-thing and “THE Police” and all the other universal adjectives in play are a load of crap. A different conversation with words like “those people” or “your people” or “those types” associated with race or sexual preference would immediately be jumped on as racist, sexist, or some other “ist” and rightfully so. But everyone (seemingly) seems very willing to say “The Police” have some sort of universal responsibility for the actions of individuals, or even entire departments other than their own. It’s the bizarre “logic” that leads people to “understand” how a guy in Dallas winds up shooting PEOPLE for actions neither they nor their employer had any responsibility for.
It seems like folks believe “WE” are some sort of uniform, nationalized force…and that when one officer #$%&@’s up that somehow means we all do, or would do, the same thing. Police service is very local in terms of quality. Large Metro PD’s are nothing like my Mid-Size agency which is nothing like a small 8 man PD.
But. One thing people in LE do have in common is that we all have to deal with people in fairly similar situations. While how we may handle it may differ, taking an armed person into custody is what it is. Walking up to a car occupied by a guy you think may be an armed robbery suspect feels the same to a cop in Anchorage as it does to one in Miami.
Why do I say this? Hopefully to help people understand why most cops wont knee-jerk declare some of these recent shootings as “bad”. Many of us know that what we see on the television or the phone/computer screen (or in the Ferguson case simply a false narrative pumped out incessantly by the media)  is not the entire story. We (cops) can often times see how a shooting that appears unjustified to the uninitiated could POSSIBLY be justified.

In the local news here a story was recently posted about an off duty LEO getting arrested by another agency for DWI. The social media comments then soon followed:

“They should be held to a higher standard.”

Let me start out by saying that I think anybody who breaks the law should be prepared to face the consequences, regardless of your job or position in society. That’s the only way this system works. And I DO believe that we LEO’s have to hold ourselves to a higher standard simply because we are representatives of that system. Agreed. 110%.

However, there seems to be a Catch 22 in play here. Cops should be “treated just like anybody else” but they should also be treated differently (held to a higher standard) because they are cops. How does that work?

If you think every doctor, lawyer, nurse, etc who was ever arrested for DWI gets their names and profession paraded through the news you are sorely mistaken. Should we do so?

Never mind the issue of HOW this story made the news in the first place. Either the arresting agency contacted the media, the arrested officers department released it, the press heard something on a scanner or some disgruntled ex called the press. The stuff you see in the media is but a small fraction of the total number of arrests. Unless the PD or some other party has a particular interest in calling the media in, 99% of people locked up never have their story hit a major local outlet.

Of course there is the possibility that the off-duty was an ass and the arresting agency thought “screw him”. Or the arrested guys PD has been looking for a reason to can him and though the press could help “move him along”…who knows?

Treated like everybody else? That may kind of depend on the local PD or the individual cops involved. I have let many “non-cops” go with warnings. I’ve let people get rides home (all totally legal folks…if there was an accident or someone hurt they faced the music 100%). I’ve allowed that joint to get ground up and tossed in the gutter vs arrest (again…100% by the law). Should we treat cops with the same discretion? That’s a sticky question. Where do you draw the line? A cop with a joint is different from your college student daughter. But how do you balance “treat him/her like anyone else” with “hit him all the harder because he’s a cop”?

Do you just blindly let people off based on their LEO status? Do you let every auto-worker go simply because he works at the local factory? If you don’t, how is that fair? On the flip side, should I NEVER let your wife off with a warning for a brake light out or a one day expired registration? Should I never let a cop off with a warning for the same thing?

“Bet he gets off”…What? Like the 99% of other first time arrests who get sentenced to probation, or get a DWI reduced to an impaired and a fine? That would be getting treated “like everybody else”.

My thought’s (in general…there will always be exceptions)?  If we are going to treat cops “like anybody else” lets be consistent. If I’m not calling in the press on a surgeon locked up for DWI then I shouldn’t do it to a cop either. Certainly, someone from his/her PD should be notified so that they can deal with the repercussions of “being held to a higher standard”, but beyond that I don’t think airing non-felony arrests simply because it looks “transparent” is fair. For routine vehicle and traffic stops? If I can give a pass to your kid I shouldn’t be given grief for giving a pass to a cop. For routine stuff of course. If you find yourself giving passes for stuff you would NEVER give a pass to a non-LEO for that’s a sign of a problem.

In the end I guess I’m looking for a little clarification on expectations beyond the personal grudges people have against cops. Lets set aside all the baggage, name calling and “I remember when I was stopped” stories and discuss the facts and figures involved here.

Someone explain it to me. I don’t drink his kool-aid, but I don’t hate the guy’s stuff either. Is it jealousy of his success? Is this some sort of “sell-out” thing, like some folks point at musicians when they go commercial? Sure, this video is a tad loopy, but it’s Airsoft in Japan and they wanted him to do this for a photo-op.

I see a lot of OMG HE’S FLAGGING PEOPLE WITH A GUN!!! going around. But it really looks like he’s pointing over everyone’s head at the far wall. And correct me if I’m wrong, but people actually point and shoot Airsoft at each other all of the time don’t they?

What’s the story with the hate on this dude? He’s certainly bought the AR platform some attention.

Without getting into the specifics of the controversies we have all seen in the media these past few weeks, the latest complaints about our justice system have me confused.

No system is perfect, but what is it that these internet “experts” want? Should mob rule override Grand Juries when they come back with rulings the mob dislikes? The people in the Grand Jury get to see the ACTUAL evidence in the case, not the interweb hype and media spun tidbits. What about trial decisions? Should the threat of riot and disorder influence our courts?