They dont make them like this very often anymore.
Read about the life of James Stewart. 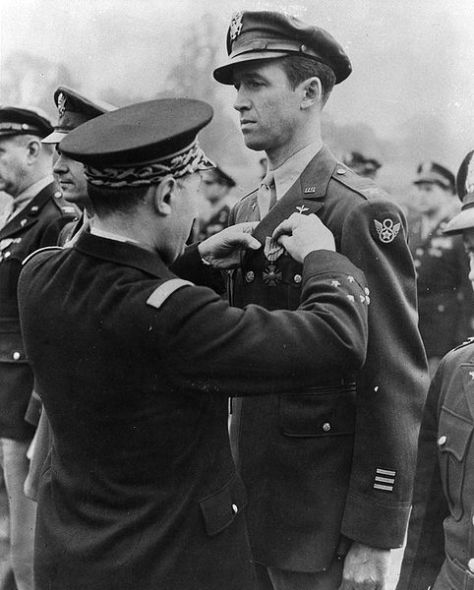 An actor who gave it all up to serve his country and actually fought as a combat pilot. No cushy rear area job for this guy. He enlisted as a private and retired from service as a general. Married only one woman and actually kept the “till death do we part” vow too. How many bona-fide movie stars can match that?

Jimmy Stewart insisted that he was just one of the boys, no more important than any other serviceman. He refused to talk to reporters about his war experiences or appear in any kind of publicity event that capitalized on his service. He also refused to act in movies that depicted combat, leading him to turn down lucrative roles in big movies like Midway and The Longest Day. He explained, “They’re just hardly ever the way it really is.”

Jimmy Stewart died at his home of a pulmonary blood clot at the age of eighty nine on July 2, 1997. His funeral service was held at The Presbyterian Church which was the family church in Beverly Hills. The Stewart family sat in the same pew for forty years. Here he was married and where his wife’s funeral was held a few years prior to his own.  He is interred in Forest Lawn Memorial Park Cemetery in Glendale, California.