A critic of my posts recently said…“That’s gotta be the most worthless “well duh” information I’ve ever read.” Which means that I’m doing my job. Most of this stuff is pretty damn simple, hence the “preschool” thing. Putting it all together and doing it when someone is shooting at you is what makes it hard. Today’s lesson is on what is called “bounding overwatch”.

Bounding Overwatch is a technique that you use while you are maneuvering in hostile territory with a buddy or two and you are NOT actively being engaged. In other words you know that the bad guy is out there but he’s not shooting at you yet.  When there are shots flying back and forth you will likely be using a “fire and maneuver” technique. 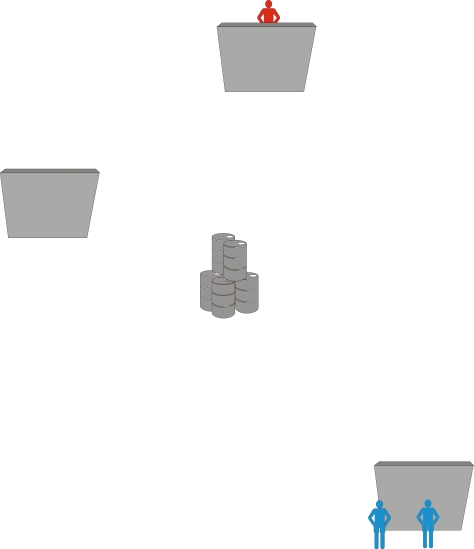 To “bound”, one buddy covers likely areas where a bad guy may pop-up while the other moves in a “3 to 5 second rush” to another area of cover/concealment. If the cover element observes an opponent attempting to engage the maneuver element he can place fire on the bad guy  to protect his buddy. The cover element has to be constantly scanning for threats.

Bounding Overwatch is also called “leapfrogging“…after the first guy has found a position he/she becomes the cover element and the other buddy moves up (or back depending on whats going on) to another position of cover/concealment. In this manner the group moves along to their objective.

Bounding Overwatch is a simple and effective way to move through a dangerous area, however it does require some practice and a mutual understanding of the technique between the “operators”.